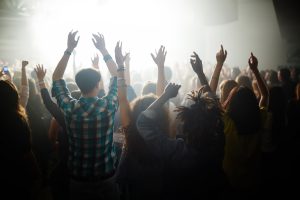 From Atlanta United FC fans to Falcons fans, everyone’s been raving about the new Mercedes-Benz Stadium. Country music goers now get to see what all the hype is about with the upcoming Garth Brooks concert on Thursday, Oct. 12. Yes, the hall-of-famer is out of retirement to headline Atlanta’s new stadium for its first concert ever. You know you’ll be there, but do you know how you’ll get there? Might we suggest a party bus for the Garth Brooks concert?

Going into Downtown Atlanta for any event is a complete headache. Between figuring out who’s going to drive, pulling up a complicated set of directions, and dealing with the pains of traffic and parking, driving to Atlanta can ruin a great night out. Don’t let traffic and an obnoxious GPS spoil the start of a great night. 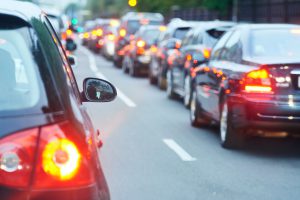 We all know the woes of Atlanta’s traffic, and maneuvering around the streets is no better. With its gridlock traffic and a slew of one-way streets, one wrong turn in Downtown Atlanta could put you back a half hour. The ruthless traffic in Atlanta while an event is going on is to be expected, and all that’s around the brand-new Mercedes-Benz Stadium is no different, which raises another point: How’s parking?

Parking at Mercedes-Benz Stadium—as you would expect—is not a cheap affair. If you rent a party bus for the Garth Brooks concert, parking won’t be a concern for you at all. Between questionable parking lots and outrageous fares, parking during the event is not exactly an ideal situation. Avoid all the worries that come with parking by showing up in a party bus.

Convenience isn’t the only perk of a party bus. With a mind void of traffic, directions, and parking mixed with amenities of a party bus, you’ll arrive at the Garth Brooks concert in complete comfort. Relax with your best buds and get ready for one of the best nights of your life.

What’s a Garth Brooks concert without drinking with your best buds? No need to pull the short straw as the designated driver when you book a party bus. Everyone in the group can join in on the fun and enjoy the night. Of course, always drink responsibly. 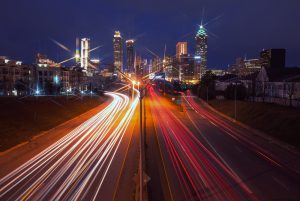 Once the concert’s over, your evening doesn’t have to be over. With a party bus, Downtown Atlanta will be your oyster that night. With oodles of bars and happenings around, cap off your night with the best Atlanta has to offer. Between The Vortex and SkyView Atlanta, the Garth Brooks concert should be only the beginning of your night out.

Don’t let the bother of traveling to Atlanta be the reason you skip country music’s biggest night of the year. Public transportation and on-demand taxi services come with their own trials, so avoid those frustrations by booking a party bus for the Garth Brooks concert today. Divine Chariots Limousines is Atlanta’s premier luxury transportation service, and we give you no reason to skip any big event you have coming up. We’ll get you from point A to point Z by providing consistent, reliable excellent, and professional services.

Previous StoryTips for Meeting Planners Choosing a Car Service
Next StoryWhy Not Try a Minibus for Your Group Fall Outing?