Fresh off an appearance in the big game, the Falcons have a brand-new, world-class stadium for its fans to enjoy. Being an Atlanta Falcons fan has never been so sweet, and going to a game should be on the top of any fan’s priority list this season. Atlanta’s traffic and public transportation do not make the ride into town exactly fun, which makes renting a party bus for the Atlanta Falcons game a no-brainer.

Rise Up in a Party Bus 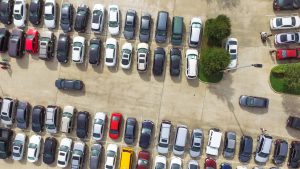 1. Parking. Rates for parking at the Falcons’ new stadium during game day range anywhere from just under $10 to nearly $60. If you’ve ever parked in Downtown Atlanta for a sporting event, you know those $10 lots are a bit questionable and aren’t exactly right next door to the stadium, and the parking at Mercedes-Benz Stadium is no different; unless you’re paying premium for parking, the closest you’ll be able to park to the new stadium is about a half-mile away. Walking through the city and jacked-up prices won’t be worries if you show up in a party bus.

2. Traffic. Everything that’s to be said about Atlanta traffic has been expressed: horrifying, unpredictable, and everything in between. Mix that in with tens of thousands of people congregating in one building—traffic is a mess on game day. When you take a party bus to the game, you’ll have no need to worry about directions, which lane you need to be in, or when you need to leave.

3. Private. We’ve all either heard of or gone through the woes of Atlanta’s public transportation, and let’s not go into the horror stories associated with rideshare services such as Uber and Lyft, which can’t hold nearly as many people as a party bus. Aside from all the characters you’ll run into, public transportation is simply inconvenient. Well, turn a bothersome situation into an easeful, yet exhilarating time. In a party bus, you’ll have completely uninterrupted time to hang with your buds before the game without worrying about the grungy nuances and annoyances of public transportation. 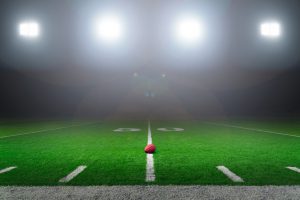 4. Drinking. Let’s not beat around the bush—or Busch; a huge draw to attending a professional sports event is the drinking that comes with it, which means pre-gaming. To avoid paying outrageous prices of alcohol inside the stadium—even though Mercedes-Benz Stadium offers relatively low prices—a lot of fans bring their own drinks and down them in the parking lot before entering the stadium. Why do this in a parking lot though? There’s no better place than a party bus to do all your pre-game drinking. Given the fights and chaos that happen in the stadium’s parking lots, the responsible, safe, and classy place to drink is in a party bus. Also, you wouldn’t need a designated driver in this case; everyone can be in on the fun. Of course, always drink responsibly.

Riding in anything other than a party bus could sting more than 28-3; we’re here for you. Contact Divine Chariots Limousines today at 404-549-9702 to rent a party bus for the Atlanta Falcons game. Check us out on Facebook, Twitter, and Instagram for more!